Return of Hoop-Dee-Doo Revue Does Not Disappoint

Two years ago, when COVID arrived in town, the Pioneer Hall Players were forced to park their stagecoach as Disney temporarily shuttered the doors at their parks. Now, Claire de Lune, Johnny Ringo, Dolly Drew, Six Bits Slocum, Flora Long and Jim Handy are back at Fort Wilderness’s Pioneer Hall, bells a-ringing and feet a-stompin’ to announce their arrival.

The show originally opened at Disney World in 1974, and for nearly five decades, the Hoop-Dee-Doo Musical Revue was one of the longest continually running dinner shows in America.

The hour-and-a-half show is a mash-up of Wild West and vaudeville comedy routines, and has returned largely as guests remember, with spruced up scenery, new lighting, and a few script updates. It’s a wonderfully energetic and funny show with its cornball routines and audience participation. We were able to catch one of the late shows this past weekend. 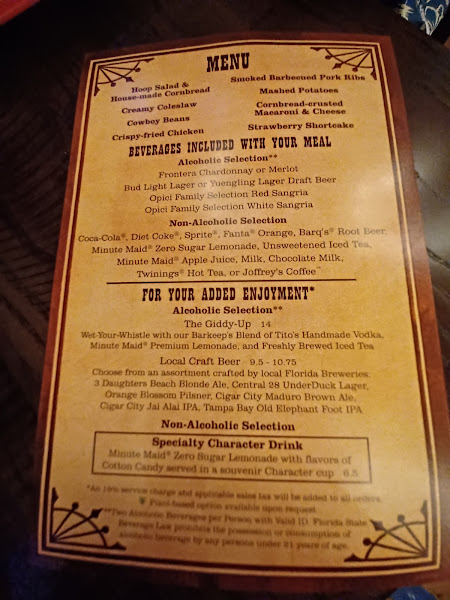 While the production is back and even better than remembered, the same can’t be said of the food. The menu has changed only slightly, but the service was rushed, and despite the fact that the menu is advertised as all you all-you-can-eat old-time fare, the next courses were arriving on the table before our diners had the opportunity to finish the previous course. Definitely not enough time to request a refill on anything. We were gobbling quickly to get our first plate finished. 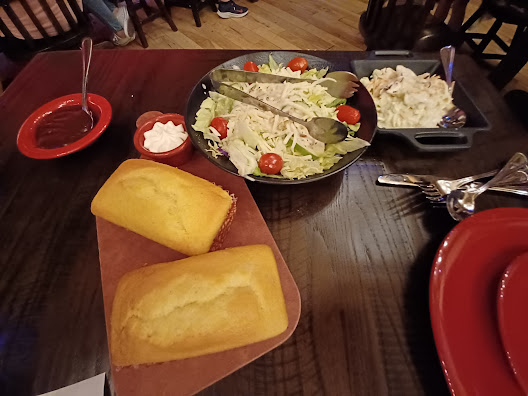 Which was probably alright, since the ribs and chicken were a little on the dry side and definitely needed the addition of the bowl of barbecue sauce.  The highlight was the newly added mac-and-cheese, a slightly sweet bowl of cheesy goodness that we assuredly would have asked for more of if there had been time.

The menu itself offered up fried chicken, smoked BBQ pork ribs, tossed green “Hoop” salad with white cheddar cheese, coleslaw, baked beans, fresh-baked loaves of cornbread, and the famous strawberry shortcake, which even gets its own song in the performance.  Guests 21 and older can also enjoy unlimited beer, wine and sangria, and soft drinks are also included. 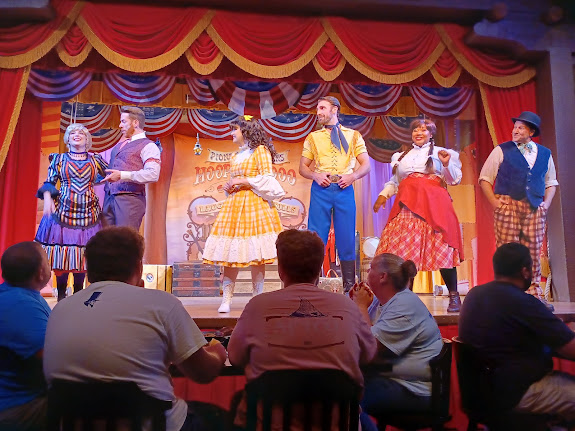 While the tickets are on the pricey side, and need to be paid in advance, Claire, Six Bits and the troupe will undoubtedly be the highlight of your trip to Disney. And if you’re a local, drop by and grab a washboard and a checkered napkin. It’ll be the most fun you’ll have all week!