Walt Disney – An Excellent Example of Entrepreneurship and Free Enterprise 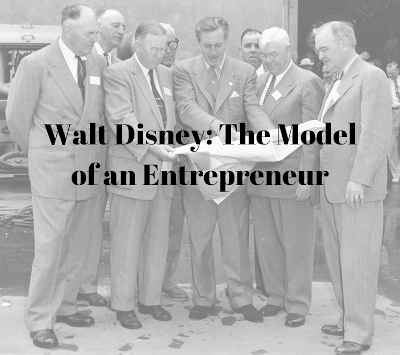 Interestingly, Neal Gabler, in his massive biography Walt Disney: The Triumph of the American Imagination, acknowledged Walt as an entrepreneur, but called him “a reluctant one.” Gabler went on to perform a psychoanalysis on Walt, and along the way missed the fact that most of the attributes and characteristics evident in Walt’s intentions and actions fit the classic portrait of the entrepreneur. There was nothing reluctant about Walt Disney’s entrepreneurship.

That brings me to an article published earlier this week in The Wall Street Journal titled “A Disney Story for Young Socialists: Kill the free market? Mickey Mouse would be collateral damage.” Written by Art Diamond, author of Openness to Creative Destruction, the piece is an answer to those who wrongly assume that a fraudster like Bernie Madoff is the symbol of true capitalism. Diamond, instead and correctly, points to Walt Disney. I highly recommend reading the full article, but here are four key points from Mr. Diamond:

• “A better capitalist exemplar is Walt Disney. He took risks, sacrificed and innovated to produce what people wanted.”

• Walt Disney “learned skills that helped him create cartoons a couple of years later at his Laugh-O-Gram Films startup, where Disney slept in his studio and subsisted on canned beans. Later he said it wasn’t so bad—he loved beans. After the studio went bankrupt, Disney tried again in California. He recruited his brother Roy; their parents took out a mortgage to invest in their sons; and an uncle lent them his garage.”

• “Disney was a ‘project entrepreneur,’ investing the earnings from one project into the next, more ambitious one.”

• “When Disney took his daughters to amusement parks, he imagined something better. Walt Disney Productions was overextended with movies and short on cash, so he founded a startup to build Disneyland. He had little money in his name, so he borrowed against his life-insurance policy.”

I chose these four quotes because they capture the nature and fundamentals of entrepreneurship, which lies at the center of free enterprise or capitalism. Entrepreneurs do indeed take risks, sacrifice and innovate. They usually fail along the way but persevere. They use their own funds, and look to family and friends to finance their enterprises. They reinvest and build their businesses. And they see something better or new where others don’t, and they find ways to get those new products or improvements to the market, i.e., they innovate.

Yes, if you want to grasp some of the essentials of entrepreneurship and free enterprise, Walt Disney serves as an excellent example. Thanks to Mr. Diamond for a nice take on the topic. 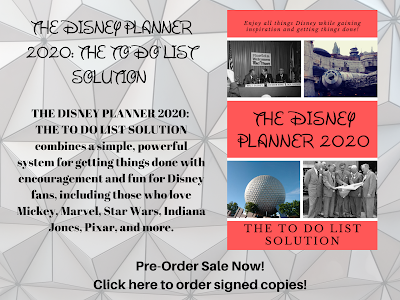 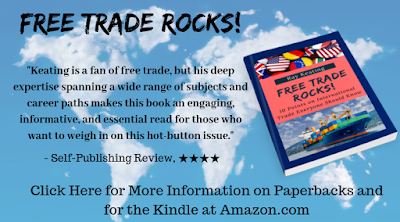