So many new shows and experiences are coming to Disney World for its 50th anniversary in October!  As a Disney fan, I should be happy… And I mostly am, except I just found out my beloved “Happily Ever After” fireworks show is being replaced. 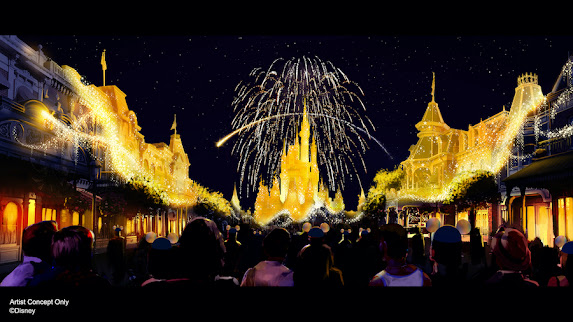 I’m sure that the new Magic Kingdom fireworks show, “Disney Enchantment,” will be phenomenal. I have long wondered why Disney’s Florida park wasn’t taking advantage of the entire stretch of Main Street for their projections and shows, the way they sometimes do in Disneyland in California. Given the fact that they have captive crowds from hub to train station, it seemed like a lot of wasted real estate.  Now, the new “Disney Enchantment” show will feature fireworks and projection effects “that extend from Cinderella Castle down Main Street USA” for the first time, according to Disney.  The show is designed to take guests “on a journey filled with adventure, wonder and empowerment.”

It will be amazing, I’m certain. But I will have to make sure I get to the Magic Kingdom one last time before “Happily Ever After” ends. (It begins its temporary return on July 1st.) As many times as I have seen that show, it never fails to make me cry – even if I am watching it on YouTube because I can’t get to the park.

In addition to the new fireworks show at Magic Kingdom, “Harmonious” will make its long-anticipated debut on October 1 in the center of World Showcase at EPCOT. “One of the largest nighttime spectaculars ever created for a Disney park,” the show will feature floating set pieces, custom-built LED panels, moving fountains, lasers, and pyrotechnics, all choreographed to a new soundtrack with “interpretations of classic Disney songs as you’ve never heard them before, reimagined in more than a dozen languages by a diverse group of 240 artists from around the world.” Some of the enormous pieces of staging have already been installed in the center of the lagoon. 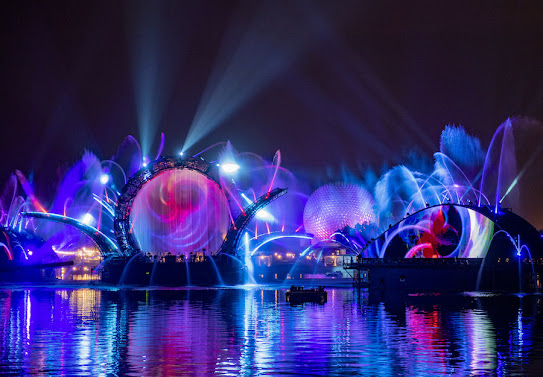 Disney’s Animal Kingdom has not been forgotten in the festivities, either. Over at the Discovery River Amphitheater, performers bearing larger-than-life windcatchers and kites will bring “Disney KiteTails” to life on both land and water. Some of the pieces are 30 foot long, elaborate three-dimensional kites! The show will be staged multiple times per day, beginning October 1, and will feature characters such as Simba and Zazu from The Lion King and Baloo and King Louie from The Jungle Book.

While you are at the parks, keep an eye out for a special collection of golden statues, tucked among the paths and attractions at Disney World. Fifty Disney characters for the 50th anniversary will be portrayed in whimsical gold likenesses, and scattered throughout all four theme parks. Visitors will be able to interact with the sculptures in surprising ways, according to Disney.

Mickey and Minnie aren’t the only ones getting festive new party clothes for the celebration, either. Donald and Daisy Duck, Goofy, Chip and Dale will be attired in specially designed EARidescent outfits to match Mickey and Minnie’s clothes as they appear throughout the parks. You’ll also get a chance to see them in Mickey’s Celebration Cavalcade when it kicks off in the Magic Kingdom on October 1.

While Disney World will officially mark the beginning of its 50th anniversary that day, “The World’s Most Magical Celebration” itself will run for 18 months.  As previously announced, Remy’s Ratatouille Adventure ride and the La Creperie de Paris restaurant at EPCOT’s France pavilion will also be opening October 1, and Cinderella Castle has already started getting its makeover for the big day, with shiny new golden ribbons and embellishments. The other parks’ icons will soon be getting celebratory “Beacons of Magic” transformations as well.