It’s still in the 90s during the day here in Florida, but the smell of pumpkin spice in the air leaves no doubt about the fact that the Autumn season has already begun at Disney World.  With the change of seasons also comes the debut of tons of spooky and spicy new treats for Halloween. 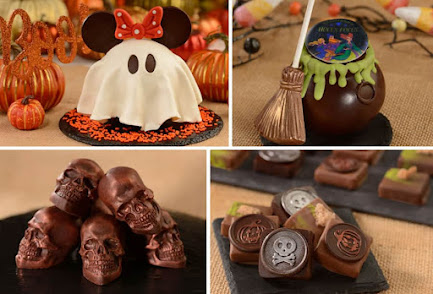 Among the most gorgeous treats we’ve spied?  The “Minnie Ghost Pinata” from The Ganachery at Disney Springs impresses us the most.  So adorable!  (All photos courtesy of Disney Parks Blog except for the Glow-in-the-Dark Mickey Mummy Popcorn Bucket.)

And for those of you collecting souvenir popcorn buckets and sippers, this year’s Donald Duck Candy Corn sipper is sooo stinkin’ cute, and will soon be available at a number of kiosks throughout the parks. 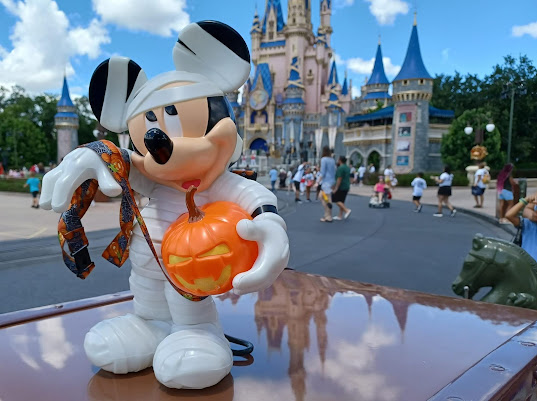 Keep an eye out, as well, for the Glow-in-the-Dark Mickey Mummy Popcorn Bucket, which has already popped up around Disney. (We found ours in Magic Kingdom at the Castle hub popcorn stand two weeks ago.)

If you’ll be hitting the ground running at Disney World in the next few weeks, the Disney Parks Blog has shared this delicious sounding list of all the special upcoming treats for you.

Check in with Disney Parks Blog’s extra list of all the treats at the resorts. 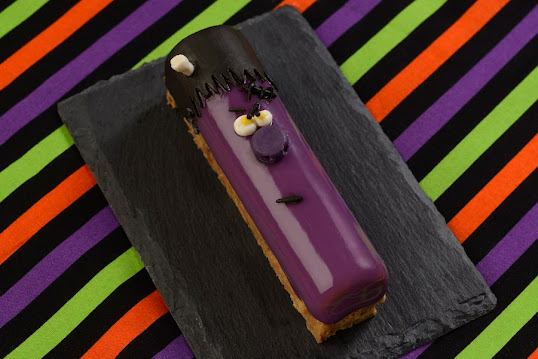 We actually think the resorts are showcasing some of the more charming treats, like the “Tamatoa,” a chocolate chiffon cake resembling a certain Moana crab, with Hawaiian Chantilly filling and shiny sprinkles at Capt. Cook’s and Kona Island at the Polynesian; or the “Monster Mousse,” made of pistachio mousse, morello cherry, and milk chocolate crumble at Le Petit Café at Riviera Resort; or the “Whoopie Monster,” a purple and green whoopie pie with tiny little fangs and big eyes, jazzed up with spiced apple and marshmallow buttercream and caramel. You can find it at Pop Century.