It’s a sad day in Bay Lake.  Club Cool, the Coca-Cola pitstop at Innoventions at Disney World, has closed its doors in preparation for the upcoming Future World transformation at Epcot. 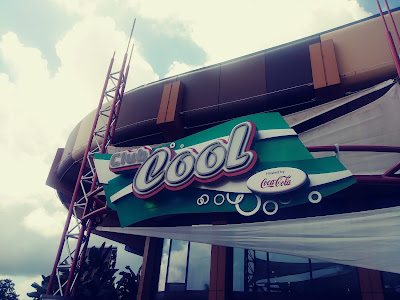 Walt Disney once said, “We keep moving forward, opening new doors, and doing new things, because we're curious and curiosity keeps leading us down new paths.”  And while those “new things” have often been thrilling, it doesn’t mean that we don’t mourn the things we’ve lost along the way (Oh, those Figaro fries!).

In our family, we will most definitely be pining for the days of Club Cool.  While there hasn’t been confirmation as to where/when Club Cool will find a new location after the dust settles and the construction walls are cleared away, the current version of Club Cool will no longer exist.  The younger members of our family don’t remember the first Club Cool we visited, which was actually called Ice Station Cool and included a polar themed tunnel that you walked through into an ice coated room where you could sample flavors from around the world.  The melting ice, however, created a slippery mess, and the newer 2005 version of Club Cool lacked the frozen entry way.

Nary a visit to Epcot passed without a stop at Club Cool. (We made sure to drop in three times this past week before the closing day. It’s important to stay hydrated in the Florida heat, right?)  Those gulp sized samples were certainly tastier than Florida water. 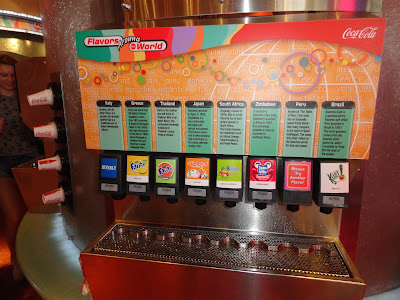 Over the years, the available flavors have changed as Coca-Cola products shifted in popularity, but ever present was the much-maligned Beverly, an Italian offering which caused both laughter from those in the know and grimaces from the unsuspecting.  Greece, South Africa, Zimbabwe, Mozambique, Peru, Israel and Japan have been among the countries featured over the years. Lemon and watermelon varieties have been popular with our clan, with a current much-to-be missed favorite being Fanta Melon Frosty from Thailand.  (Thanks to a suggestion from our waitress, Kim, we can still get it at Skipper Canteen in Magic Kingdom, even if we haven’t been able to locate it on Amazon. Much appreciated, Kim!)

Still, we will miss our sample sessions at Club Cool. Hopefully the future of Epcot will bring us a version that is even more exciting!  So long, Club Cool.

5) Pre-order my next book – FREE TRADE ROCKS! 10 POINTS ON INTERNATIONAL TRADE EVERYONE SHOULD KNOW – at Amazon.com for the Kindle, or signed books at https://raykeatingonline.com/products/freetrade.