Disney on How NOT To Do Diversity

The statement kind of hits like a cold bucket of water over the head: “I will tell you for the first time we received some incredibly well-written scripts that did not satisfy our standards in terms of inclusion, and we passed on them.”

As noted by the Hollywood Reporter, Walt Disney Television chairman of entertainment Dana Walden made this declaration recently during a panel discussion. And it’s the direct result of a set of inclusion standards – i.e., actual percentage breakdowns of “groups” populating on-screen presentation, creative teams and behind the scenes – set up in the fall 2020 by ABC/Disney. 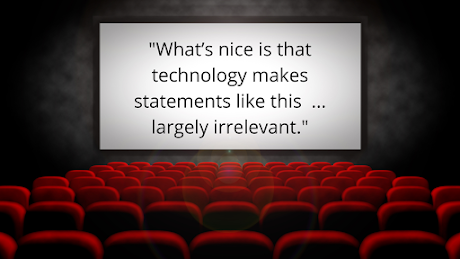 Before pondering possible implications, and given the political powder-keg that such declarations can ignite, there are a few quick things that need saying. First, there are those on the Right who mistakenly believe that racism and prejudice simply don’t exist. Second, many on the Left see racism and prejudice everywhere, and believe that racism is as bad as it has ever been in this country. Disagreements in this area often rank as the most strident and ugly in our public life, and feed an increasing tribalism – that is, I have my group, you have yours, and we are not together in any true sense. So much for the U.S. motto of E Pluribus Unum. The reality is that racism and prejudice very much exist, much work still needs to be done in healing our divisions, but also so very much already has been accomplished. Anyone who cannot see all of this is ignoring history for the sake of playing divisive politics.

As for actions being taken, private companies are free to choose to implement whatever policies they see fit to expand diversity. At the same time, that doesn’t mean that such policies should not be examined and subject to criticism.

Diversity as an objective for a business is not new and can be beneficial, such as by bringing various viewpoints and perspectives to decision-making. When done thoughtfully and constructively, it can send positive messages beyond the firm as well.

At its best, corporate efforts to improve diversity and inclusion mean opening more doors, and expanding the number of chairs at the table. The point is that business is not a zero-sum game. The right decisions mean growth and expanding opportunities, hopefully, for all.

But that is not the message behind Walden’s comment. That drips of zero-sum, us-vs.-them thinking, with diversity and inclusion efforts resulting in the exclusion of certain people. How tragically ironic.

It also clearly points to politics trumping quality. Disney is a storytelling company in the storytelling business, and that is perhaps why this statement, while not surprising in parts of the business world today, is shocking and dismaying. Disney should be welcoming to all who tell good stories. That would seem to be one of the tenets upon which Walt Disney built the company. It’s not, or should not be, a case of either diversity or quality. Why not both?

Indeed, creators should be most distressed by such declarations, along with formulas as to who effectively can and cannot create with the company. As a storyteller myself (a novelist), I create the best material I can, and work with others to bring those stories to the public. My hope is the same for other creators.

What’s nice is that technology makes statements like this from Walden, and percentage breakdowns on the “groups” that Disney will and will not work with, largely irrelevant. Technology has empowered writers and filmmakers like never before. Creators can create, and gain direct access to consumers like never before. That’s exciting for all creators, including those who have suffered due to racism and prejudice, and those who fail to align with leftist dictates from certain companies. Perhaps there is an opportunity for creators to truly unite.