The roller coaster ride continues for Tokyo Disneyland and Tokyo DisneySea, as COVID-19 numbers in Japan evolve once more.

After only raising the attendance cap on April 1, Oriental Land Co., the operator of the Tokyo Disney parks, said Monday that it will “lower the cap of the daily number of visitors to Tokyo Disneyland and Tokyo DisneySea each from 20,000 to 5,000.” 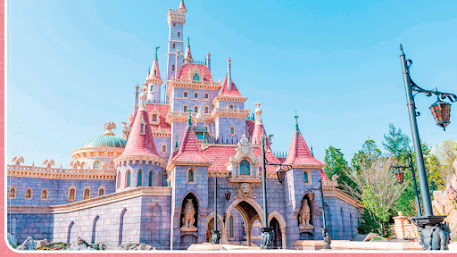 Courtesy of the Disney Parks Blog

According to The Japan Times, the government of Japan is considering “quasi-emergency measures” due to COVID-19 in Urayasu, where Disneyland is located, as well as in four other cities in Chiba Prefecture, and Kyodo News reports that “the Japanese government plans to impose a fresh coronavirus state of emergency in Tokyo as well as Osaka, Kyoto and Hyogo prefectures on Friday.”

It has not been smooth sailing for the Japanese parks since their COVID-19 re-openings. Tokyo Disneyland was one of the earlier Disney parks to reopen on July 1 after their February 28, 2020 COVID closures. In September 2020, Tokyo Disneyland unveiled the largest expansion in the park’s history, a three-year-long undertaking that had already been delayed earlier in the year by COVID shutdowns. Then came January, and Tokyo Disneyland had to temporarily suspend ticket sales until February, permitting only previously ticketed guests to visit the parks in the face of fluctuating COVID numbers.  Now they are once more adjusting their guest attendance levels.

Tokyo is also the location of this year’s Olympics, set to begin July 23, but postponed from last summer because of coronavirus. Foreign spectators are not permitted in the stadiums for this year’s games.

In fact, there have also been calls for the Olympic games to be postponed yet again because of Japan’s changing COVID-19 numbers. CBS Sports reports that a recent Kyodo News poll found that the majority of Japanese residents, 72%, are in favor of postponing or cancelling the games in the face of a fourth wave of coronavirus.

According to the Kyodo News poll report, “Amid lingering concern over a fourth coronavirus wave and the slow progress of vaccination, the poll found 39.2 percent believe the postponed Olympics and Paralympics should be canceled, while 32.8 percent think they should be rescheduled. Only 24.5 percent responded that the games should be held as scheduled.”

As the availability of ticket sales and attendance numbers continues to change at Tokyo Disneyland, and the Japanese government initiates additional restrictions, Disneyland’s plans may need to adjust yet again. Head to the Tokyo Disneyland website for current information.