The Walt Disney Company will present second quarter earnings after the close of trading on Wednesday, May 11. 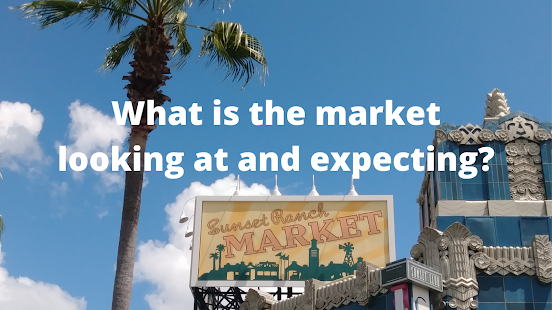 What is the market looking at and expecting?

CNBC noted that while investors are focused on streaming, that is, namely, Disney+, the advice was that theme park performance should not be ignored. It was reported:

Disney’s parks have rebounded significantly. The division, which also includes Disney experiences and consumer products, saw revenues top $7.2 billion during the fiscal first quarter, double the $3.6 billion generated in the prior-year quarter. The segment saw operating results jump to $2.5 billion compared to a loss of $100 million in the same period last year.

The company said in February that its domestic parks have yet to see a significant return from international travelers, which prepandemic accounted for 18% to 20% of guests. Additionally, not all of its international parks have been open full-time during the last quarter. While Paris Disneyland is celebrating its 30th anniversary, Shanghai Disneyland closed its gates temporarily due to local Covid spikes.

Technology and investments coming on line at the parks received attention in the piece.

Meanwhile, a Zacks Equity Research report at Yahoo Finance zeroed in on market expectations in terms of revenue and earnings. Key points:

The Zacks Consensus Estimate for earnings has moved down 1.6% to $1.20 per share over the past 30 days, indicating an increase of 51.9% year over year. The consensus mark for revenues is pegged at $20.25 billion, suggesting growth of 29.73% from the year-ago quarter’s reported figure. The company’s earnings beat the Zacks Consensus Estimate in three of the trailing four quarters, missing in one, the average surprise being 67.82%...

The consensus mark number of paid subscribers at Disney+ is currently pegged at 135.2 million, suggesting 4.2% growth sequentially and a 30.5% rise year over year.

In addition, a few points from a Seeking Alpha analysis warrant noting:

• “Although every quarter is important for a company, it would only be appropriate to say that there is more at stake this quarter than in most typical quarters. This is because there is a significant amount of pessimism surrounding the company and its prospects moving forward. Investors are worried about a slowdown in streaming and they are concerned about the impact of continued shutdowns at some of the company's parks across the world in response to continued COVID infection rates. Though these are legitimate concerns, the overall picture for the company would likely be appealing for the long haul.”

• Even with Shanghai Disney remaining closed and the Hong Kong park only recently reopening, “there is the potential for the Parks & Experiences portion of The Walt Disney Company to perform well.”

• “…some investors may point to the political issues the company is having in Florida. But I see that as more of a sideshow that should have a limited impact, if any, on the company.”

Finally, Kiplinger offers this outlook: “And in addition to direct-to-consumer subscriber growth across Disney+, Hulu and ESPN+, which will help DIS stock outperform its peers, BofA Global Research analyst Jessica Reif Ehrlich says the company's theme parks are on the upswing. ‘Despite achieving near record results in its fiscal first quarter, international visitors still represent a minimal percentage of total attendance, hotel room occupancy remains well below peak levels as all hotels have not been reopened yet, cruise ship capacity remains below pre-pandemic peaks and parks are still operating below peak capacity levels,’ Reif writes in a note to clients. ‘These should all be additional tailwinds over the next 18-24 months.’”