Thumbs Up at the New Boardwalk Deli

As a former New Yorker who escaped to Florida recently, there isn’t much I miss from the Empire State, certainly not the insane taxes and the snow. However, there are a few items on the food front, such as real New York pizza, a good bagel, and the morning egg-bacon-and-cheese sandwich from a deli.

So, I was kind of excited to read my lovely wife’s DisneyBizJournal piece – “Disney World’s New BoardWalk Deli To Open Soon?” by Beth Keating – about a Northeast-style deli opening in Walt Disney World. I visited the BoardWalk Deli at Disney’s Boardwalk one day last week – the first week it was open – for both breakfast and lunch. Hey, sometimes research and writing requires sacrifice.

First, the Bagel Breakfast Sandwich gets a thumbs-up. The bagel was quite good, with a combination of being chewy and soft, with a little crispness on the outside. A true New York deli bagel would be slightly chewier and have a touch more crunch on the outside, but this was darn close. 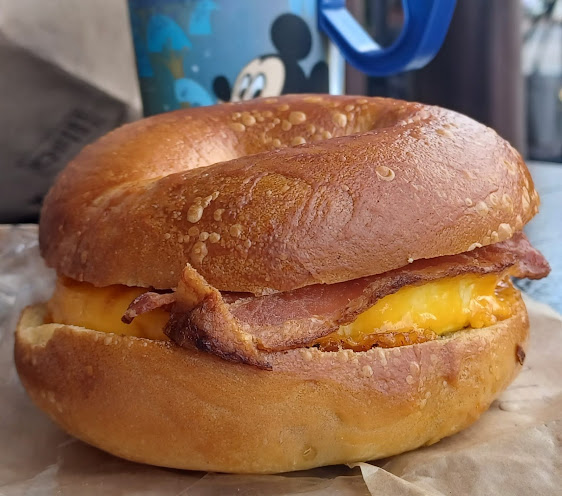 The egg was fresh. With a traditional New York egg sandwich, the fried egg would have been a little less done, but once more, this was darn close. The bacon and cheese are essential, and were nicely represented here. Interestingly, there was a surprising touch of sweetness thanks to the caramelized onions.

So, my breakfast selection got a thumbs up.

What about lunch? The Warm Pastrami Reuben sandwich was appropriately thick. It was full of flavor, with the pastrami done just right. The cheese, pickles, sauerkraut, and Thousand Island dressing all worked well together. And yes, the marble rye bread was soft and thick. When the bread is off, it can kill a sandwich. Thankfully, that definitely wasn’t the case here. Be warned, though, you’ll need plenty of napkins.

The Pastrami Reuben sandwich also gets a thumbs up.

Also, the Italian Sub hero presented nice combination of meats and cheese – sliced capicola, sopressata, pepperoni and provolone, with arugula, tomato, pesto, and mayonnaise on ciabatta bread. The key is that the flavors came through strong, as opposed to one of those fake heroes where it loses whatever it might had had because of sitting around in a refrigerator. The bread was soft, and the dressing fit.

Yes, another thumbs up. 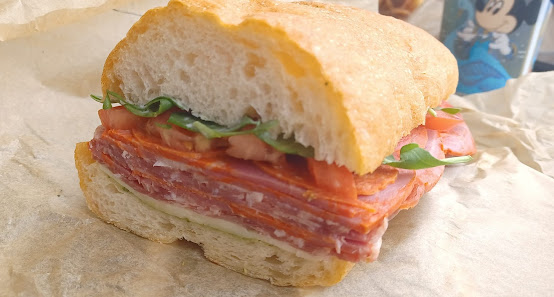 It’s also worth noting that the store-made chips made for a far better lunch accompaniment than the vinegary cole slaw. The chips were big and crunchy. 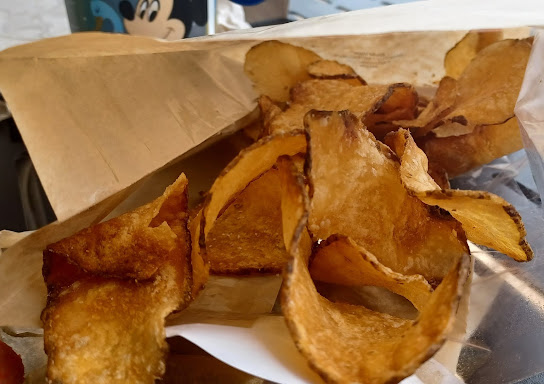 Finally, I have a suggestion as a former New Yorker. Make a small addition to the breakfast menu. Offer the classic bacon, egg and cheese deli sandwich, which features one or two fried eggs (perhaps a little runny), bacon, cheese, and – here’s a key point – on a poppy seed roll (salt, pepper and/or ketchup are optional). Nail that and the line will be long, and quite profitable.