What Does the Market Like About Loeb’s Disney Buy?

Disney’s stock price jumped this morning – up by $2.98 per share, or 2.5 percent at the time of this writing – on the news that activist Dan Loeb’s Third Point hedge fund jumped back into the stock.

It’s always interesting to see what makes a stock price jump around from day to day. Loeb is known for being an activist whose investments in companies often come with an accompanying letter spelling out what he thinks the company should do. 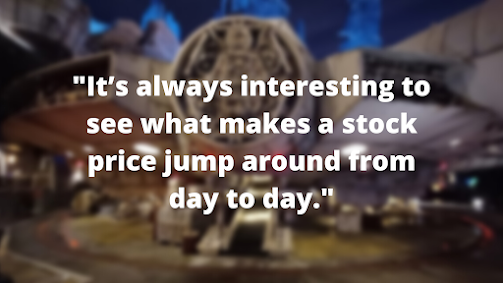 According to reports, Loeb’s letter to Disney serves up two basic ideas. First, that Disney should work to accelerate its streaming integration of Hulu with an early purchase of Comcast’s minority stake in Hulu before the contractual deadline in 2024, that is, if the price premium is reasonable. Well, okay, thanks. I’m sure Disney sees that as well, again, if the price is right.

And then Loeb calls for spinning off ESPN. Given the unrelenting focus of Disney CEO Bob Chapek on live sports, including sports betting, and that the company already has looked into and rejected the idea of an ESPN spinoff, do what you will with this suggestion by Loeb. It’s hard to see that ESPN, including ESPN+, is going anywhere.

When Loeb previously held a stake in Disney, he urged the company to invest heavily in streaming. This firm-grasp-of-the-obvious recommendation somehow earned Loeb kudos from various corners.

It also is worth noting the following from The Wall Street Journal: “But by the first quarter of this year, the hedge fund had completely exited its position. Mr. Loeb had become worried that it would take years for Disney’s streaming business to reap the profits needed to boost the company’s share price, a person familiar with his thinking told The Wall Street Journal in May.” It would seem then that the streaming and profits news served up last week by Disney took Loeb by surprise. But now he’s back in Disney.

What’s the market so excited about today regarding Loeb’s moving back into Disney? It’s unlikely that it has to do with the activist investor’s actual suggestions, and more to do with the fact that Loeb sees value in the stock as matters are being run right now.

The views expressed here are his own – after all, no one else should be held responsible for this stuff, right? (Also, full disclosure: Keating owns Disney stock.)