When Disney bought assets from Fox for $71.3 billion, part of the deal was 22 regional sports networks (RSNs). However, the government said Disney couldn’t keep those networks. The forthcoming sale of these RSNs means that Disney is likely to recoup some $13.5 billion of its Fox purchase price, and Major League Baseball (MLB) might be in on picking up 21 of those RSNs. 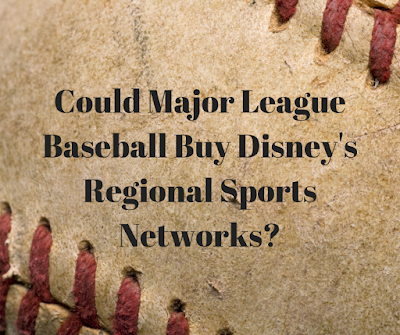 The U.S. Department of Justice decided that its regulatory approval of the Disney-Fox deal was contingent upon Disney selling the RSNs. The Justice Department apparently worried, given Disney’s ownership of ESPN, about some kind of monopolization of sports broadcasting. Given the dynamism of the video marketplace, this government mandate was firmly rooted in economic ignorance, but that’s a point left to be explored in another piece.

One of the networks – the YES Network – reportedly has been secured by Amazon in collaboration with the Sinclair Broadcast Group. This is the network that carries the Yankees, and the team is part owner. This sale is said to be for $3.5 billion.

There are three bidders that have reached the final round for the remaining 21 RSNs – Ice Cube’s Big3, Sinclair, and Liberty Media Corp., which is teaming up with MLB. Liberty owns the Atlanta Braves and the Formula One Group.

It’s widely reported that this package will be sold for approximately $10 billion. Interestingly, this is down notably from assorted estimates for a sale price in the $20-$22 billion neighborhood.

Arguably, the most interesting outcome would see MLB in on the ownership for these 21 RSNs, and what that might mean for expanding opportunities for broadcasting baseball.