Disney Moving 2,000 Jobs Out of California – Joins a Big Trend

People and businesses have been moving out of California for some time now, and in significant numbers. Disney has joined the exodus with an announcement that the company will be moving some 2,000 jobs out of California and to Florida. 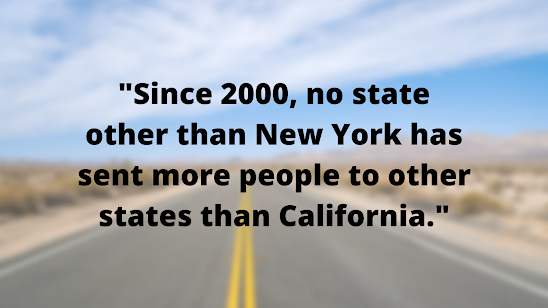 The Orlando Sentinel reported: “Most of the Disney Parks, Experiences and Products professional roles based in southern California that are not fully dedicated to Disneyland Resort, or in some cases the international parks business, will be asked to relocate to Orlando, said Josh D’Amaro, chairman of Disney Parks, Experiences and Products.” The jobs will be relocated over the coming year-and-a-half to a hub Disney is developing in the Lake Nona area, about 20 miles east of Disney World.

In a letter to employees quoted by the Sentinel, Josh D’Amaro, chairman of Disney Parks, Experiences and Products, explained, “As someone who has moved with my family from California to Florida and back again, I understand that relocation is a big change, not only for the employee, but also for their families. Therefore, moving these roles to Central Florida will take place throughout the next 18 months, providing flexibility in timing to accommodate individual situations and needs.”

The New York Times quoted D’Amaro adding, “In addition to Florida’s business-friendly climate, this new regional campus gives us the opportunity to consolidate our teams and be more collaborative and impactful both from a creative and operational standpoint.”

Indeed, while Florida has a friendly climate for businesses, as well as for employees and their families, California does not, at least from a governmental cost standpoint, such as taxes. And the Golden State has paid a price.

Since 2000, no state other than New York has sent more people to other states than California. Net domestic migration (changes in a state’s population excluding births, deaths and international migration) captures the movement of people among the states, and California excels at exporting people. From 2000 to 2020, for example, California registered net domestic migration of -2.66 million, with only New York’s -3.27 million coming in worse. If it weren’t for international immigrants, both New York and California’s state population would be in decline. And in fact, California’s population declined in 2020 – which was the first time that happened since it became a state in 1850.

By the way, Florida gained 2.64 million people from other states from 2000 to 2020 – leading the nation as a net importer of people. It’s no mere coincidence that while California has some of the highest taxes in all of the land, Florida has some of the lowest, including no state personal income tax and a corporate income tax that’s about half of California’s.

What’s interesting and distressing is that it’s rare for any state that has gone so far down the road of taxing and regulating as California has, to actually reverse course and work to fix things. Instead, denial sets in, and a long stagnation and relative decline follows. California is a beautiful state, but quality of life for businesses, individuals and families includes being able to afford to live and thrive in a place.