Very Merriest of All After Hours Parties Scheduled for Disney World

“The World’s Most Magical Celebration,” Disney World’s 50th anniversary festivities, will get a holiday twist with a new special-ticketed event kicking off on November 8th. “Disney Very Merriest After Hours” will be replacing “Mickey’s Very Merry Christmas Party” in the post-COVID days. 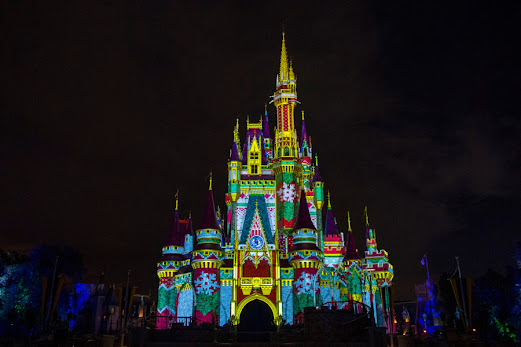 “Disney Very Merriest After Hours”  is a limited ticket, after hours event in the Magic Kingdom with special entertainment and access to more than 20 select attractions.  The four hour long party (from 9:00 PM to 1:00 AM) will be offered on select nights through December 21st, and will be highlighted by “Minnie’s Wonderful Christmastime Fireworks.” As with other Disney After Hours events, Disney characters will put in appearances throughout the park (no meet-and-greets yet); and holiday music and festive décor; specialty treats; seasonal food and drinks; and, of course, holiday-themed merchandise will all be part of the event. Holiday overlays are being planned for certain attractions, and snow will be falling on Main Street to enchant party-goers. Unique holiday PhotoPass opportunities will also be available during the party.

A number of holiday treats, ice cream, popcorn and bottled beverages are included with the cost of admission. No word yet on specific pricing, but if the pent-up demand and change-over from “Mickey’s Not-So-Scary Halloween Party” to the recently released “Boo Bash” is any indication, the tickets are sure to go quickly. Tickets for “Very Merriest” go on sale next month.

In addition to the “Very Merriest” After Hours party, Mickey and friends will also be celebrating the holidays elsewhere in the parks.  In the Magic Kingdom, special holiday projections will appear most nights on Cinderella Castle.  Since the Castle will also be transformed into a “Beacon of Magic” for the Park’s 50th anniversary beginning October 1st, the holiday projections will be alternating with the anniversary décor.  Similarly, the Hollywood Tower of Terror in Hollywood Studios will alternate between its duty as a “Beacon of Magic” and the much-loved “Sunset Seasons Greetings” projections on the Hollywood Holiday Tower Hotel on Sunset Boulevard. At Animal Kingdom, the Tree of Life will do double duty as well, both as another “Beacon of Magic,” and as the holiday edition of Tree of Life Awakenings.

The EPCOT International Festival of the Holidays will be returning this year, and will run from November 26 to December 30, with Holiday Kitchens throughout the park, traditions from around the world, musical performances by the Voices of Liberty, and the ever-in-demand Cookie Stroll.

If you are looking to catch a glimpse of the big man himself – Santa, that is, not Mickey this time - he will be putting in an appearance at Hollywood Studios with his holiday motorcade making its way down Hollywood Boulevard. “For the First Time in Forever: A Frozen Sing-Along Celebration” will be returning to Hollywood Studios, and Minnie and friends, including Santa Goofy, will be welcoming guests at Hollywood & Vine, dressed in their holiday best.

Over at Animal Kingdom, the Disney friends will be dressed in their holiday party outfits as they sail their way down the Discovery River on their character flotillas. 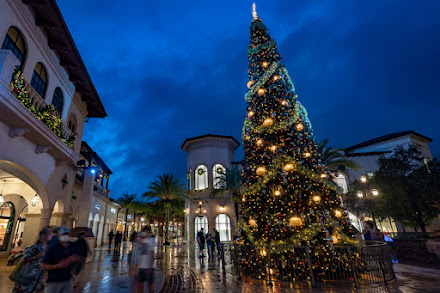 If you are looking to do a little holiday shopping for some unique gifts for your friends and family, Disney Springs is the place to go. Not only are there tons of shopping opportunities, but the Disney Springs Christmas Tree Stroll, with elaborately decorated, Disney-themed trees, will be returning this year.  Surprise magical snowfalls will add to the holiday atmosphere, and limited time seasonal food and beverages will be available at a number of the Disney Springs restaurants, including “Jock Lindsey’s Holiday Bar.”

And much to everyone’s delight, the enormous and beautifully decorated gingerbread displays will once again be on display at Disney’s Resort hotels, which will also be decked out for the holidays.

More details on the celebrations will be released as the holiday season gets closer.