“Adventure Thru The Walt Disney Archives” Drops Today on Disney+

For those of you who enjoyed such original programming as The Imagineering Story and Prop Culture on Disney+ over the last few years, you may want to tune in to a new documentary called Adventure Thru The Walt Disney Archives.

Arriving today on Disney+, the new program will let viewers explore some of the rich history that surrounds the Disney company.  D23 Gold members were fortunate enough to have early access to the program in June 2020, and the documentary is now available to all Disney+ subscribers. (D23 is the official Disney Fan Club.)

According to D23, “The film looks at beloved Disney icons, including its theme parks and Studio lot, through an engaging, historical lens.”  Disney’s many warehouses and file cabinets were opened up to cull some of the very best treasures from 50 years of collecting the Disney company’s memorabilia for fans’ enjoyment.

Becky Cline, Walt Disney Archives director, is front and center for this film, and those of you who have seen Becky in past documentaries know that she is a wealth of information on all things Disney.  She was also the executive producer for the program.  The show is hosted by legendary producer Don Hahn, who himself has quite the Disney pedigree (The Lion King; Beauty and the Beast; and The Hunchback of Notre Dame, among many).

The documentary offers viewers an in-depth look at some of the historical artifacts that brought many of the beloved Disney films and features to life.  Before you groan and mutter, “Documentary… must be boring!”,  you’ll want to tune in to see such iconic items as the piano on which the Sherman brothers composed music for Disney films. Can you picture Walt himself leaning on the corner of the piano while the Sherman boys presented “Feed the Birds” or other tunes from Mary Poppins for the first time?  Or maybe you’d like to take a peek at the carousel horses or original carpetbag from Mary Poppins.

Among the other treasures viewers will be treated to during the program are a series of the original Mickey Mouse dolls; an Alice Davis and Mary Blair hand-dressed doll for the it’s a small world ride at the World’s Fair; Beauty and the Beast props from the live-action movie; and even the contract that was signed on October 16, 1923, officially bringing the Walt Disney Company into existence.  Sports fans will get a glimpse of a World Series ring from 2002 when Disney owned the Anaheim Angels.  Bet you weren’t expecting to see that in the Archives!

Don Hahn also takes viewers on a tour of the various moving parts that make the Archives work (and is an entertaining tour guide along the way!). A stop in the digitization lab shows the hard work that goes into preserving the props and artifacts; another drop-in at the costume department lets viewers see some of the newest acquisitions arriving at the Archives. Last, but certainly not the least, is a visit to Walt Disney’s restored personal office.

The Disney World park in Florida isn’t the only place celebrating its 50th anniversary this year. Like Disney World itself, the Archives started by Dave Smith 50 years ago are always growing, always changing, as they acquire new objects and documents. They aren’t just a dusty old storage building, but a breathing entity that reaches out with their exhibits so that fans can enjoy the treasures as well.  The “Archives” isn’t simply a museum of artifacts, but a place for future animators and magic creators to learn from the rich legacy of the extensive body of the Disney company’s work.  This Disney+ special is a small way to peek behind the walls of the Archives.

The short, 59-minute runtime of Adventure Thru The Walt Disney Archives flies by. Hopefully, there will be more to come for Disney geeks everywhere to enjoy. 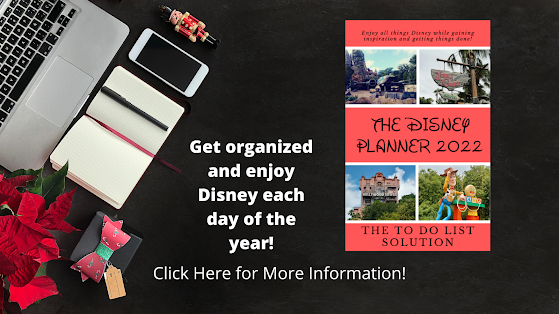