The company reported earnings for its fourth quarter and for the fiscal year that ended on October 2, 2021. The fourth quarter adjusted earnings came in at $0.37 per share, which was short of consensus expectations running at $0.51 per share. However, earnings were up versus last year when Disney suffered a loss of $0.20 per share. 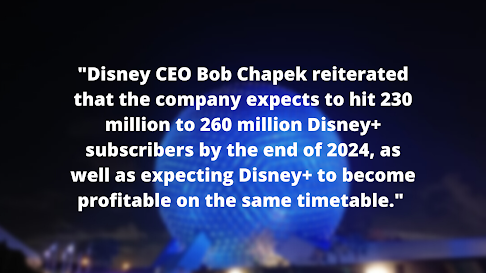 As for Disney+ subscriptions, while up for the year by 60 percent, Disney+ only gained 2 million subscribers in the fourth quarter. At the end of this past fiscal year, Disney+ subscribers came in at 118 million compared to 73.7 million at the end of the previous year (again, a 60 percent increase); ESPN+ up 66 percent, from 10.3 million to 17.1 million; and Hulu rising by 22 percent, from 36.6 million to 43.8 million.

Disney CEO Bob Chapek reiterated that the company expects to hit 230 million to 260 million Disney+ subscribers by the end of 2024, as well as expecting Disney+ to become profitable on the same timetable.

Chapek also repeated his past declarations that streaming is central to the company’s health and that streaming is all about content. He noted that Disney is looking at a significant increase in streaming content offerings in 2022, particularly during the second half of the year. In addition, Chapek mentioned that the company would be increasing local and regional content offerings, as well as focusing on the preschool market.

As for the theme parks, the Disney Parks, Experiences and Products segment doubled its revenues in the fourth quarter compared to same quarter in the previous year – registering $5.45 billion in the quarter ended on October 2, 2021, compared to $2.73 billion in the quarter ended on October 3, 2020. Disney reported, “Revenue and operating income growth was due to the reopening of our parks and resorts, which were open for the entire quarter this year. In the prior-year quarter, Shanghai Disney Resort was open for the entire quarter, Walt Disney World Resort and Disneyland Paris were open for approximately 12 weeks, Hong Kong Disneyland Resort was open for approximately 4 weeks and Disneyland Resort was closed for the entire quarter. During the periods our parks and resorts were open, they were generally reduced capacities.”

On the parks business, Chapek declared that they were “very bullish” and expecting “strong demand.”

Regarding the new Disney Genie app for navigating Walt Disney World, Chapek noted that one-third of park attendees were paying for the available upgrade.

Finally, on the question of how Disney will deal with inflation, the response on the earnings call amounted to “we’re trying to figure this out just like other companies,” along with citing general options on the supplier, technology, and pricing fronts.

In after-hours trading, Disney’s stock price was down by 4.4 percent. 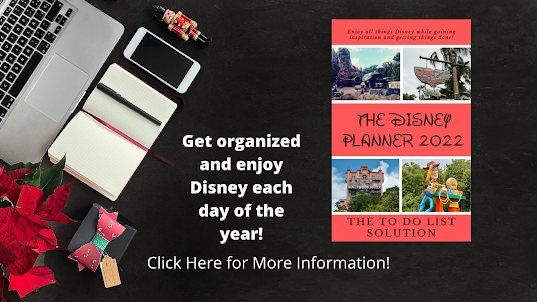