Disney Got It Right This Time

In the past few years, I’ve become a Disney popcorn bucket collector. I’ve got a few we picked up eons ago when the kids were little, but they were the round, plastic buckets with a repeating printed design on them.  Fun reminder of the trip, but certainly nothing to write home about. 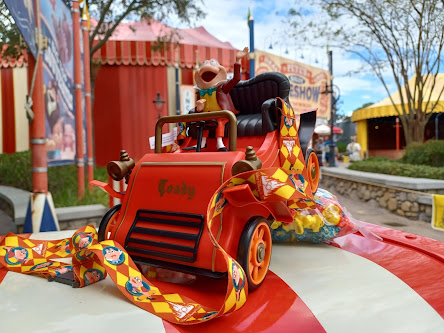 As Disney’s popcorn buckets have gotten fancier, though, my collection has started to grow.  I was fortunate (ahem) to be one of the lucky ones to bring home a Figment popcorn bucket from Festival of the Arts earlier this year.  I was doubly blessed that I only stood in line for an hour, when others the day before waited upwards of six hours or more.  It was a bit of a mess; people who waited in line got to the front to find out Figment was sold out for the day.

Later in the Festival, Disney came up with a better idea than just having people get in line at a food kiosk for the limited edition souvenir bucket. (The poor food booth was topsy-turvy, too, because people were showing up at the booth just for Figment buckets, and folks who wanted the very good grilled cheese and soup were bypassing the booth because they weren’t willing to wait on the multi-hour line for a sandwich.)  Disney instituted a virtual queue for the second round of the Figment buckets, and the process went much more smoothly, at least until they once again ran out. 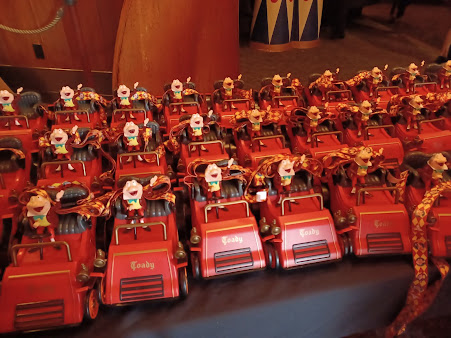 Fast forward to today (November 1, 2022) and the big release for the coveted Mr. Toad’s Wild Ride souvenir popcorn bucket.  This time, Disney got it right, right from the start.  The virtual queue process made Mr. Toad a much easier acquisition.  And I, being an English major and former Middle School teacher, was on a mission to give Mr. Toad a good home.  (You did know he came – very loosely adapted – from the children’s book The Wind in the Willows before he became a Disney ride, right?)

I arrived at Magic Kingdom a little after 9:30 (I always try to skip the rope drop crowds!), tapped in, and pulled up the My Disney Experience (MDE) app.  Under the mobile order tab, Disney had created a menu for mobile ordering the bucket. Under the restaurant section for Magic Kingdom, there was an entry for “Magic Kingdom Souvenir Release.”  I selected that option, and was offered a number of different times to come back and pick up my “order.”  I added a Toady to my cart, paid on the MDE app ($30.00), and was greeted with a message that I could return later to pick him up.  Easy-peasy.  I chose a time several hours out so I could enjoy a few rides before dragging Toady around on the attractions. About 10 minutes before my arrival time was imminent, I actually received a reminder from Disney, saying my time was approaching, and I could make my way to Pete’s Silly Sideshow to begin my pickup.  Yay! 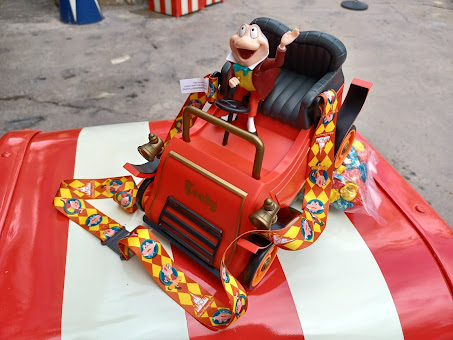 As I approached the tent, I was asked by a cast member to show my confirmation, before being pointed toward the tent. (It’s across from Dumbo, in the Storybook Circus area.) It was a straight shot into the tent, no stopping, no lines, and no waiting. I entered the tent, and a cheerful cast member asked me what “station” my pickup was assigned to, and she pointed me toward that table.  I showed my confirmation message, another cast member tapped my number into the machine, they handed me my shiny red car, and directed me out the door.  Just outside the door (past rows of smiling Toad faces), another cast member was handing out the rainbow colored bags of popcorn that were slated to go into the “trunk” of Mr. Toad’s car… for those of you who will actually use him to hold popcorn.

All-in-all, if you don’t count the two hours my order was in cyberspace awaiting my turn in the virtual queue, it took me 6 minutes start to finish to pick up my souvenir bucket. A “virtual” breeze compared to the hours of time invested to pick up Figment back in EPCOT in January. 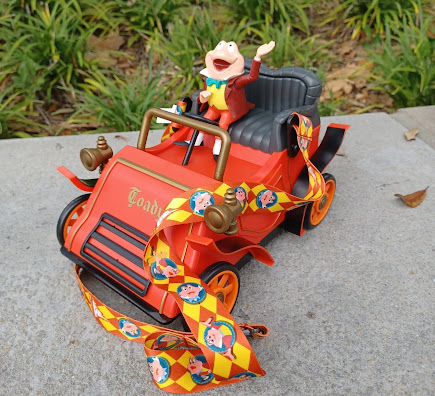 By the way, on your way in to Storybook Circus, keep your eyes open for the special, limited time (Nov. 1-4) PhotoPass Magic Shot with Mr. Toad.  So fun!  If you purchase a Mr. Toad bucket, you are also eligible to purchase a special Mr. Toad dome cake next door, limited to “bucket buyers” only.

Mr. Toad is a limited time release, until he is sold out.  He’s only available in the Magic Kingdom, and you need both a park ticket and a Magic Kingdom reservation to get in.  There is a limit of two Toad cars, in a single mobile order per day.  If you want Mr. Toad, don’t sleep on it.  He will be snapped up quickly – and much more smoothly this time.