by Ray Keating
News/Analysis
DisneyBizJournal.com
May 14, 2019

The Walt Disney Company and Comcast have announced that they’ve arrived at a deal for Disney to take full control of Hulu. 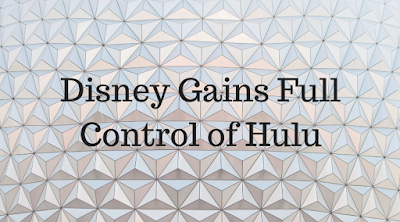 Disney will immediately be calling all of the shots at Hulu, while Comcast’s 33 percent ownership in Hulu will be sold as early as January 2024 for fair market value independently assessed, with Disney guaranteeing a minimum value for all of Hulu being $27.5 billion. That would put Comcast's share at a minimum of just over $9 billion.

Recently, AT&T sold its share the streaming service back to Hulu.

Comcast’s NBCUniversal content and channels will continue on Hulu until late 2024, with NBCUniversal able to terminate its content agreement in three years’ time, and in one year’s time, NBCUniversal will able to run its own streaming service including certain content licensed to Hulu in exchange for a reduced fee paid by Hulu.

As DisneyBizJournal noted in November 2018and again in February of this year, this fits with Disney’s overall streaming strategy: “And then there’s the fact that Disney will own 60 percent of Hulu once the Fox deal is completed, and the company has made it known that it’s open to a deal with AT&T and Comcast to acquire the rest of Hulu. As DisneyBizJournal.com has noted before, it looks like Hulu will be home for Disney’s R or more R-like fare.”

This was further confirmed when Disney recently announced that live-action series “Ghost Rider” and “Helstrom” will be coming to Hulu.

And by the way, consider the monthly price points for Disney’s Disney+ and Hulu - $6.99 and $5.99 (with ads), respectively – versus the monthly cost of the most popular Netflix package being $12.99. Hmmm, a subscriber will be able to purchase both Disney+ and Hulu for a penny less per month than the price of Netflix’s most popular package. Ah, the joys of competition for consumers.

(Correction: An earlier version of this article mistakenly had the value of Comcast's share of Hulu stated at a minimum of $27.5 billion, while in reality, that is the minimum value for Hulu in total agreed to by Disney.)

If you enjoyed this article, and since I'm the author of the Pastor Stephen Grant novels and short stories, can I ask you to take at least one (preferably more) of the following steps? 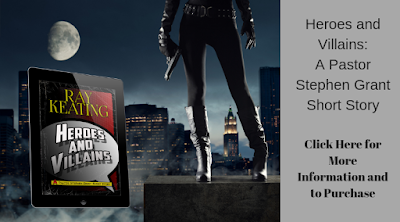