by Ray Keating
Commentary
DisneyBizJournal.com
May 13, 2019

Is the Walt Disney Company the corporate equivalent of the evil Thanos from the Avengers films? Well, at least one professor writing in the Washington Post thinks so. 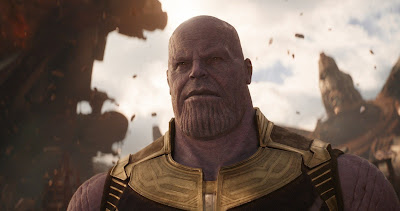 When it comes to how markets and business work, a seemingly endless stream of economic ignorance spews forth in newspapers and across the Internet. That was the case with this recent Washington Post opinion piece – provocatively titled “The Avengers are the heroes of ‘Endgame,’ but Disney was the villain all along” – which is long on hyperbole, and very short on economic thought, substance and evidence.

In one of my careers, I’ve worked as an economist in public policy circles for about 30 years. As a result, I’ve grown used to silly economics being tossed around not just by politicians, but too often by fellow economists. The Post article was written by Dan Hassler-Forest, who is listed as “an author and public speaker on media franchises, cultural theory, and political economy. He lives in the Netherlands and works as assistant professor in the Media Studies department of Utrecht University.” From that description, it’s unclear if Mr. Hassler-Forest has any actual training in or extensive time studying economics, or if he just spouts off on matters related to the economy.

What is clear from this article is that Hassler-Forest has a taste for trying to make points without much evidence, yet with a great deal of over-the-top rhetoric. Let’s consider key examples.

First, keep in mind that in the two Avengers movies – Infinity War and Endgame – Thanos wipes out half of life in the universe, and then later on decides he’s going to wipe everything out and start over. But Hassler-Forest asserts:

What goes unspoken, though, is the degree to which Marvel’s corporate parent, Walt Disney Co., has practically accomplished the very thing Thanos set out to do — not in the fictional world, but in our own very real one. With this film, the company demonstrates how totally and irreversibly it has rewritten the global media landscape in its own image. Indeed, Disney has far more in common with Thanos than it ever did with any of the Avengers...

Wow. That’s pretty heavy. But perhaps we can just forgive Hassler-Forest for some excess in terms of style in order to grab the reader’s attention, and he’ll soon serve up the substance. Well, unfortunately, no, that never happens. Instead, we just get more overheated rhetoric without depth.

Where Thanos arrogantly declares himself inevitable, this film’s success was never a question for Disney. The Mouse House, once the successful purveyor of a particular kind of children’s entertainment, has transformed itself into the 21st century’s autocratic titan of entertainment franchises, thanks in part to its ongoing acquisition of companies such as Lucasfilm, Fox and, of course, Marvel.

Hmmm, what to do with this? Well, first, there’s the idea that the movie’s “success was never a question for Disney.” Really? It seems that with this point and others, Hassler-Forest is blissfully unaware of the risks involved in bringing high-cost movies to the public. Indeed, Disney itself has a long line of massive, expensive flops, including recent examples like Dumbo and Solo, which, of course, is part of the formerly surefire-hit Star Wars universe. Even a cursory review of the movie business – and any other private industry – makes clear that there is no such thing as an “autocratic titan.” Instead, even the largest businesses are subject to the decisions of consumers. Sometimes consumers love your movie, as is the case with Endgame, and sometimes they don’t.

Next comes a rhetorical flourish from Hassler-Forest that, well, makes no sense whatsoever:

Disney’s brutal ascent maps improbably well onto the cinematic franchise that has helped fuel its rise. In the first three Soviet-like “Phases” of the Marvel Cinematic Universe, a colorful variety of superheroes assemble to fight off “devourer of worlds” Thanos.

The “brutal ascent” that Hassler-Forest refers to is Disney’s purchasing of such IP as Marvel, Star Wars, Pixar, Fox, and the Muppets (yes, he threw in the Muppets!), along with mentioning “Disney princesses.” I’m not really sure what’s “brutal” about that. And somehow the phases of the Marvel Universe movies are “Soviet-like?” Is this some strained link to the communist Soviet Union’s five-year plans? Who knows? And apparently, from the Post’sperspective, who cares? It’s a spicy read that, I guess, the editors agree with in the end?

Disney’s swelling assemblage of franchises and brands is the only Infinity Gauntlet that matters in the current entertainment landscape, offering it power enough to determine how many of us spend the vast majority of our free time.

And then there’s the following:

But it is increasingly clear that a single company is defining the rules of the game. It’s a transformation of the media industries that gives truly unprecedented power to a small handful of horizontally and vertically integrated companies, with Disney incrementally fortifying and consolidating its position of unquestioned market leadership.

And how about this tidbit?

... we willingly surrender ourselves to the media corporations that seek to own the entirety of our media landscape. As the success of “Endgame” demonstrates, Disney can now snap its fingers, and an entire global entertainment culture reshapes itself to the company’s every whim.

Golly? Apparently, Hassler-Forest missed the memo that technology – the combination of digital, computer and telecommunications innovations – has vastly expanded opportunities for creators and choices for consumers in recent times, to the point that the movie business and traditional Hollywood is being forced to change and adapt at a previously unimagined rate. In reality, one can argue that companies like Disney have to be more innovative and responsive to consumers than ever before. That’s exciting news to which Mr. Hassler-Forest seems completely oblivious – or could it just be that he chooses to ignore such developments because they contradict his assumptions about evil corporations running the world?

Disney is “defining the rules of the game” and snapping its fingers to reshape “an entire global entertainment culture”? I’m guessing that Disney CEO Bob Iger would be surprised to hear this.

For good measure, the arrogance of Hassler-Forest is striking in his statement that Disney has the power to “determine how many of us spend the vast majority of our free time.” Moving beyond Hassler-Forest’s missing the realities of how people are actually spending their time and money – again, as illustrated by the decline of network television and Hollywood’s ills beyond the superhero genre (which also is not exempt from movie bombs) – the assumption clearly is that individuals are too stupid to make their own choices about what they like and dislike. Other than Hassler-Forest, the rest of us, apparently, are just a bunch of dopes being manipulated by Disney and other big companies.

Or, does Hassler-Forest have an even more demeaning view of the public? After all, he also writes:

But as with Thanos’s master plot, these supposed “endings” only prime us for our next fix. For a brief period, the cultural conversation will be focused on the increasingly rare experience of a massively shared moment of narrative closure — before we move on to the next set of industrially produced episodes.

This would seem to indicate that Hassler-Forest sees the public as the equivalent of drug addicts, to be manipulated or controlled by corporations cranking out fixes in industrial fashion. It all sounds rather, well, grim, not to mention Marxian.

In the end, a movie like Avengers: Endgame increasingly is the exception as our entertainment culture becomes more and more fractionalized. Consumers have ever-expanding choices from a wider array of creators than ever before in the history of mankind. The entertainment business is becoming increasingly entrepreneurial, innovative and competitive. There, of course, will be big businesses that appeal to large audiences, but there increasingly are smaller creative ventures that find market niches, and wind up thriving as well.

If you enjoyed this article, can I ask you to take at least one (preferably more) of the following steps?

2) Buy one of my Pastor Stephen Grant novels or short stories at Amazon.com or signed books at www.raykeatingonline.com.