Hong Kong Disneyland announced today that it will reopen on September 25 on a five-day-a-week schedule, with the park on Lantau Island being closed on Tuesdays and Thursdays (except for public holidays). 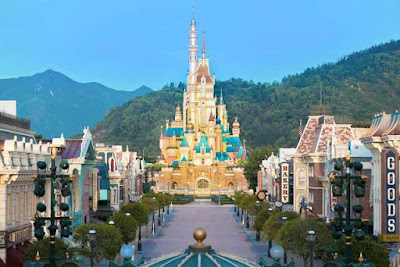 Due to the COVID-19 pandemic, Hong Kong Disneyland had been closed from January 23 to June 18. It then reopened, only to have to close once more on July 15.

“In alignment with the latest guidance from health and government authorities, the resort will continue its measured approach with health and safety measures such as capacity control, health screenings, temperature checks, requiring face masks, social distancing, and increased cleaning and sanitization… The online reservation system will remain in place, with all guests being required to reserve their visit date with valid tickets or membership cards through the Hong Kong Disneyland Park Visit Reservation website prior to arrival.”

Regarding the pandemic, Variety reported, “The territory has now largely tamed the third wave. On Tuesday, Hong Kong reported six additional confirmed cases of coronavirus, of which four were imported. That took the number of cases to 5,039 in Hong Kong so far, including 103 fatalities.”

Regarding the state of tourism in Hong Kong, the South China Morning Post noted, “Hopes of a rebound in tourism were also gloomy as the city’s tourism board showed that fewer than 4,500 people visited in August, a 99.9 per cent year-on-year slump, and a 78 per cent drop from the nearly 20,600 people who visited in July.”

The Walt Disney Company owns 47 percent of Hong Kong Disneyland, with the Hong Kong government being majority owner at 53 percent (the ownership make-up originally was 57 percent Hong Kong and 43 percent Disney). Disney handles all of the operations.