The Orlando Sentinel is reporting that the Walt Disney World Swan and Dolphin Resort – a Marriott property – is laying off 1,100 employees due to low occupancy and cancelled events. 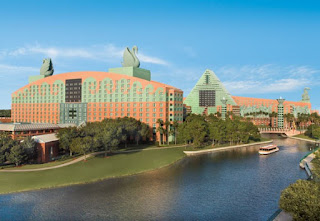 Even though all Orlando’s theme parks are open, September has been a brutal time for the industry as thousands of employees have recently been let go or placed on indefinite furloughs.

New notices filed this week showed 5,400 Universal employees are furloughed and 1,900 employees at SeaWorld’s Orlando properties are now permanently laid off after being furloughed since March.

It also was reported that the 1,136 layoffs would be “permanent and effective Nov. 13.”

The Sentinel pointed out, “The Swan and Dolphin warned the economic impact will carry over into 2021.”