We are just shy of three weeks away from the October 1st kick-off to Disney World’s 50th anniversary celebration at the Florida parks, and the iconic Disney characters that have been fashioned into golden statues for the festivities have begun arriving.

Fifty golden characters, scattered across all four theme parks, are waiting for guests to discover their locations during “The World’s Most Magical Celebration.” 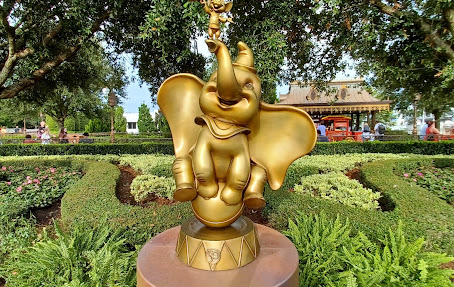 Among the characters to make their new homes in the Magic Kingdom this week were Mickey and Minnie, Donald and Daisy, Pluto, Goofy, Chip ‘n Dale, Winnie the Pooh, and Cinderella’s mice. 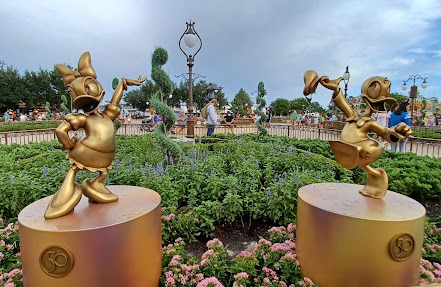 Keep an eye out as more character sculptures continue to pop up throughout the parks. The sculptures join the dazzling anniversary decorations on Cinderella Castle, which will be lit up each night during the new “Disney Enchantment” fireworks spectacular, beginning October 1st.  The parks will also be home to the nighttime “Beacons of Magic” adaptations as the four park icons light up the dark each evening. 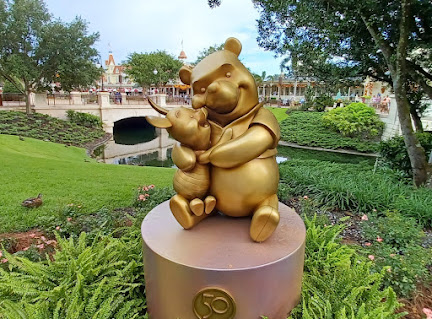 The 50th anniversary celebration will run for the next 18 months.