The Walt Disney Company has announced that it’s getting out of the radio business early next year. 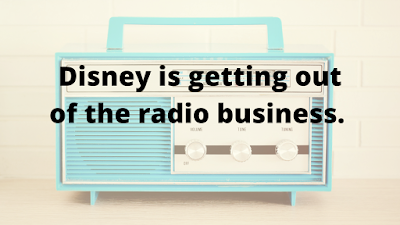 As part of the company’s ongoing restructuring, Disney revealed that it will be closing Radio Disney and Radio Disney Country in early 2021. That will mean the loss of 36 full and part-time positions.

Radio Disney kicked off in November 1996, with Radio Disney Country added as a digital channel in 2015. Disney had owned 23 radio stations at one point, but sold 22 of those in 2014, with KRDC-AM in Los Angeles remaining. That station will be sold in 2021.

In a statement from Radio Disney, it was noted: “Radio Disney and Radio Disney Country will cease operations in the first quarter of 2021… The difficult decision to close these two radio networks coincided with Disney’s recently announced structural changes that call for Disney Branded Television to sharpen its focus on increasing production of kids’ and family content for Disney+ and Disney Channels. Division leaders also took into account the fast evolving media environment that provides more personalized music choices than ever to a generation of young consumers, and the ongoing public health crisis that continues to affect in-person music events.”

The fast-changing transformation in the way consumers get and consume entertainment continues.