During the Walt Disney Company’s Investor Day 2020 stream on December 10, it was noted that total streaming subscribers stood at 137 million as of December 2. 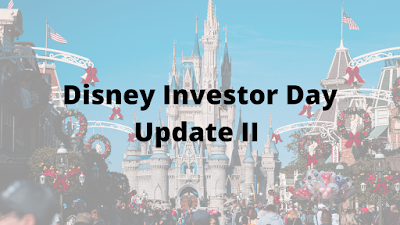 In addition, it was announced that Disney+ will be adding new content weekly, and that will include in coming years 10 new Star Wars Disney+ series and 10 Marvel series.