Coming out of the December 10 Walt Disney Company’s Investor Day 2020, the outlook for the company’s streaming subscriptions is robust, to say the least. 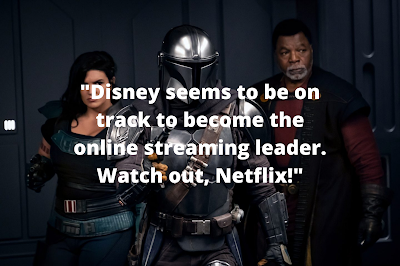 Indeed, Disney has upped its projections markedly from its April 2019 Investor Day expectations. In 2019, Disney was expecting 60 million to 90 million Disney+ subscribers by fiscal year 2024, along with 40 million to 60 million Hulu subscribers, and 8 million to 12 million for ESPN+.

Keep in mind that in the third quarter of this year, Netflix total subscribers stood at just over 195 million.

By the way, consider that ESPN+ subscriptions could go much higher than expected if Disney grabs NFL Sunday Ticket after the NFL’s current deal with AT&T’s DirecTV expires at the end of 2022.

Finally, Disney also announced that the price of Disney+ in the U.S. will be going up by a dollar a month in March 2021. Specifically, Disney+ will be priced at $7.99 per month or $79.99 per year, with the Disney Bundle of Disney+, Hulu, and ESPN+ priced at $13.99 per month. With Disney+ alone expecting to generate 100 new titles annually, plus originals coming via Hulu and ESPN+, there likely will be little resistance to such a price hike.

Indeed, Disney seems to be on track to become the online streaming leader. Watch out, Netflix!