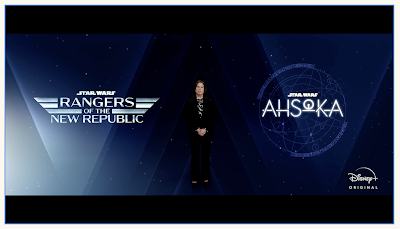 On Disney+, spinoffs from The Mandalorian, and courtesy of Jon Favreau and Dave Filoni, are on the way: Rangers of the New Republic and Ahsoka.

Also noted were the previously announced Andor, a spy genre in the Star Wars universe and a prequel to Rogue One, starring Diego Luna. It has started production. 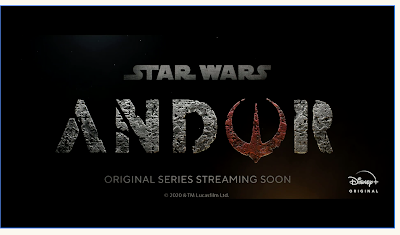 And the Obi-Wan Kenobi Disney+ series, taking place 10 years after Revenge of the Sith, started production in March. Not only is Ewan McGregor returning in the Obi-Wan role, but also Hayden Christensen – i.e., Darth Vader – will return.

Animated Star Wars series on the way are The Bad Batch, Star Wars Visions, and A Droid Story. 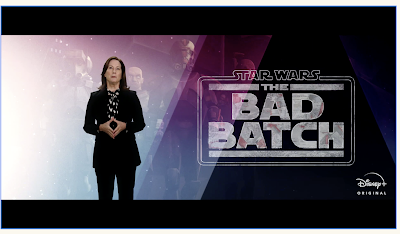 Finally, it was announced that Indiana Jones 5 will start filming in the spring, and is scheduled for release in July 2022.