The Broadway season in Orlando has been postponed once again.

The Orlando theatre scene hoped to return to filled shows in April, following a more than year-long closure due to COVID. Instead, performers will not be returning to the stage until September. 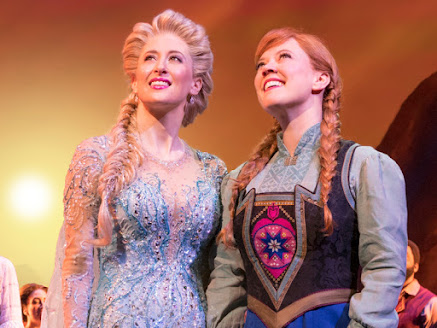 According to a February 10 report in the Orlando Sentinel, “Broadway Across America, Florida Theatrical Association and the Dr. Phillips Center for the Performing Arts will alert subscribers via email today that the next touring Broadway show to come to Orlando will kick off the 2021-22 season in late September — after a gap of 18 months.”

Among the shows slated for the new line-up is Disney’s Frozen, but the highly anticipated return of Hamilton and Wicked are still in the negotiation stage.  Frozen will lift its curtain in Orlando from February 24-March 6, 2022, having permanently closed on Broadway following COVID.

The Dr. Phillips Center had been looking forward to an expanded season in 2020-2021, with 14 weeks of Broadway touring shows, when COVID brought an abrupt halt to theatre productions. Broadway shows in New York are still on hiatus as well, with continued suspension of all ticket sales for Broadway shows in New York City until May 30, 2021. However, many New York shows will not open at least until the fall, with some leaning toward spring 2022.

While additional shows may be added to the Broadway in Orlando program, pending scheduling logistics, the current 2021-22 season lineup of Broadway touring shows in Orlando includes:

For more information and tickets, go to broadwayorlando.com.