Disney’s "The Mandalorian" Among the Nominees For Golden Globes

The awards’ season is nearly upon us, and the Hollywood Foreign Press Association this morning announced its nominees for the 78th Annual Golden Globe Awards. Disney productions captured a number of nods, with five nominations for Walt Disney Studios Motion Pictures and one for Disney+. 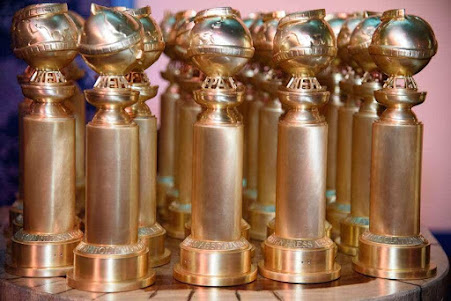 The Mandalorian was nominated for “Best Television Series - Drama,” along with The Crown; Lovecraft Country; Ozark; and Ratched.

Hamilton was responsible for two nominations, the first for “Best Motion Picture-Musical/Comedy,” up against Borat Subsequent Moviefilm; Music; Palm Springs; and The Prom.

Lin-Manuel Miranda was also nominated for Hamilton in the category of “Best Performance By An Actor In A Motion Picture-Musical/Comedy,” along with Sacha Baron Cohen, James Corden, Dev Patel, and Andy Samberg.

Two Disney/Pixar animations will be pitted against one another in the category “Best Motion Picture – Animated.” Soul and Onward will compete against The Croods: A New Age; Over the Moon; and Wolfwalkers.

Soul also brought a “Best Original Score -Motion Picture” nomination to Jon Batiste, Atticus Ross and Trent Reznor, with Ross and Reznor squaring off against themselves for their work in Mank, with additional nominations for Alexandre Desplat for The Midnight Sky; Ludwig Goransson for Tenet; and James Newton Howard for News of the World.

The Golden Globes recognize achievements in 25 categories; 14 in motion pictures and 11 in television. The Golden Globes is traditionally the first of the season’s awards shows; this year, because of COVID, the January gala has been moved to February. It will take place February 28, 2021, but COVID complications have added another twist to this year’s ceremonies. This year, the award show will be bi-coastal, with Tina Fey returning to host from the Rainbow Room on the east coast in New York, and Amy Poehler also returning to host from the west coast at the Beverly Hilton Hotel, where the awards normally take place. Nominees will likely be appearing from locations around the globe as well, given the current travel situation. The show will air on NBC.