Frozen Sing-Along Returns for the First Time in Forever

Even amongst all kinds of troubles and challenges, some fan favorites are creeping back into the line-up at the Disney Parks. The latest return is “For the First Time in Forever: A Frozen Sing-Along Celebration,” at Disney’s Hollywood Studios. 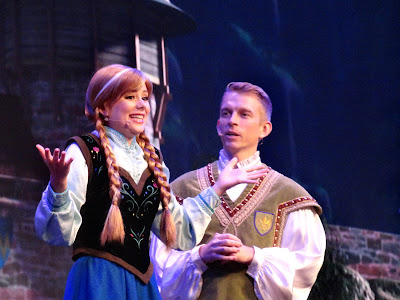 The half hour stage show is scheduled to lift its curtain “for the first time in forever,” or at least since March, tomorrow (Monday, October 5).

The Frozen sing-along is a unique retelling of the Frozen movie, using live actors with an assist from the audience, and a few movie clips from the film.  Erik and Aria, the Royal Historians of Arendelle, narrate a comedy-filled summary of the history of the Kingdom of Arendelle while audience members help move the story along by belting out tunes from the original movie score. Special appearances by Anna, Elsa and Kristoff offer up some wintery surprises.

The six-year-old show is located indoors in an air-conditioned theater in the center of Hollywood Studios, and the show will be predominantly the same as it was pre-closure, with “some adjustments to staging and audience seating to allow for appropriate physical distancing,” according to the Disney Parks Blog. 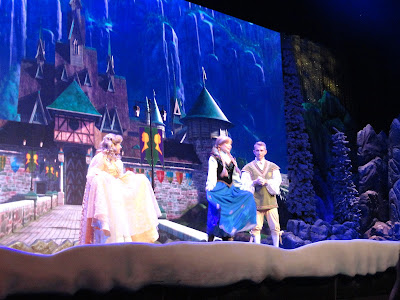 Even if you don’t have any pint-sized princesses with you to belt out the tunes, “Let it go” and catch one of the daily performances of the show. You’ll find yourself laughing at the antics of the Royal Historians with their sometimes improved lines and quips. The performances are live, so the show changes slightly with each retelling. You can see the show multiple times, and get a bit of a different tale each time. Plus, did I mention that there’s air conditioning?